DC motor is a device that converts electrical energy into mechanical energy. DC motor structure consists of two main parts: a permanent magnet and a coil. There is also a brush which is connected to an external electric power to the coils of the motor. When coil is powered on, there is a magnetic field around the coil.

Figure 1‑1 shows the basic structure of DC motor. There are two lines of the motor i.e. black (negative polarity) and red (positive polarity). Rotation of the motor is based on the application of the voltage polarity applied to the lines of the motor. Motor can rotate in clock and anti-clock wise direction. The speed of the motor can be decreased by controlling the voltage of the power supply. The DC motor is cheap and easy to use. Use of DC motor is widely found in daily use items such as small toys, electric bikes, robotic arms and industrial projects etc.

DC motors typically operate at a voltage level which is not suitable for microcontroller to work. Therefore, DC motor cannot be directly connected to the microcontroller but with the help of current driver.

DC motor drive current is mostly an H-Bridge circuit which consists of a transistor which acts as a switch of 4 units (Q1 to Q4) via a dedicated DC motor. Figure 1‑2 (a) shows the position of the transistors in the H-bridge which are responsible for controlling the current in the motor. When sending the control signal to Q1 and Q4, Q2 and Q3 will be disabled and the current will flow from A to B which will enable the motor to rotate in one direction. This is shown in Figure 1‑2 (b)

When the control signal is sent to Q2 and Q3, Q1 and Q4 transistors will be disabled and current will flow from B to A and the motor will rotate in reverse directions. This is shown in Figure 1‑2 (c).

Figure 1-2: H-Bridge circuit for controlling the rotation of DC motor

H-bridge circuit can be easily found in integrated circuit form such as L293D or L298N which helps in the reduction of size and make it easy to use. PWM direction control signals can be of 1 bit or 2 bits as shown in Figure 1‑3.

1.3 Equipment used in the Experiment¶

Figure 1‑4 shows aMG MotorCtrl2 board which is used in this experiment with a variable speed DC-Motor having a PWM signal on board which can drive current up to 1 A and can control the speed and direction of DC motor.

Figure 1‑5 shows how to control the direction of a DC motor using a control signal with the help of 2 bits which have 4 modes. These four modes are forward, reverse, brake and standby.

As far as choice of motors is concerned in this experiment, aMG MotorCtrl2 recommends using the interactive servo motor from Lego Mindstrom NXT. Following are the technical features of the motor. 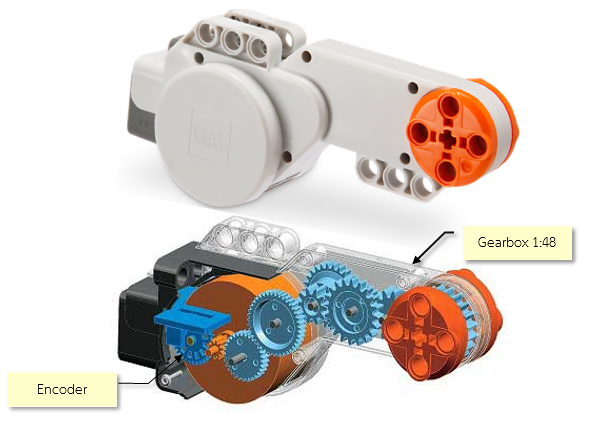 1.4 Adjusting the Speed of DC Motor with PWM.¶ 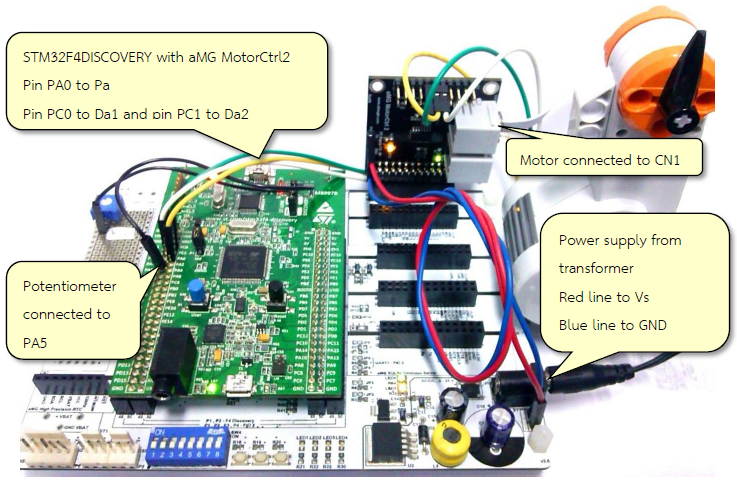 Figure 1-7: Device for adjusting the speed of motor

Figure 1‑7 shows the devices used for controlling the speed of the motor. The procedure for conducting this experiment is as follows.

Figure 1‑8 shows the Simulink model for the experiment for controlling the speed of the motor. It consists of PMW with fine duty cycle (with the help of variable resistor). SW1 and SW2 switches are used to control the direction of rotation of the motor.

Figure 1-8: Simulink model for testing the speed of the motor

Figure 1-9: Indicates the direction of rotation with respect to the switches

Question: If user wants to use Potentiometer to adjust both speed and direction of DC motor without push button switch? 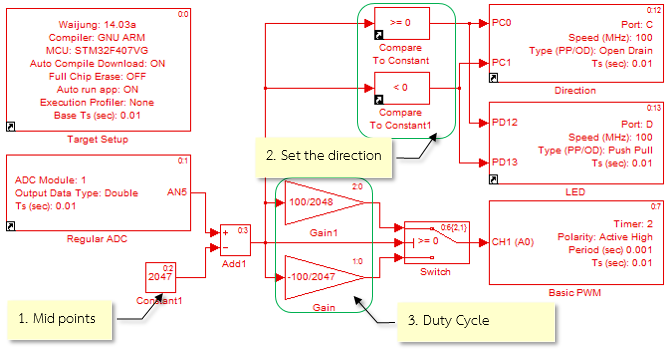 Figure 1-10: Simulink model for controlling the motor with a potentiometer

To analyze the condition, Simulink model is shown in Figure 1‑10 and the description is as follows.

Position control or motion with the help of motor have many applications in the field of automation and robotics. In order to improve the speed and accuracy of the work, feedback control system is very important. The data form the motor speed reading is fed back to the processor to adjust the appropriate control signals.

Rotary encoder is an electro-mechanical device that measures the angular position or speed of rotation of the axes. It consists of a circular plate which is mounted to the spindle. Light sensor and photo detector array reads the optical pattern that results from the disc’s position at any one time which is shown in Figure 2‑1. The resolution measurement depends on the number of slots per cycle such as encoders with 180 number of channels can measure an angle up to 360/180 = 2.0 degrees.

When encoder’s axis starts rotation, channels on the disc will run through the light sensor. The photo detector on the receiving end will sense the light signal and when the sensor is connected with the signal circuit, the system can recognize how many degrees the motor has rotated.

Figure 2-2: Characteristics of the signals from encoder with a phase difference of 90 degree

In order to detect the direction of rotation, pulse requires two sets of decoder circuits to indicate the rotational direction. The CW and CCW rotation have 0 and 1 values respectively. Based on the readings of the decoder, the count signal will be increased or decreased.

In addition, another advantage of using signals with the phase difference of 90 is that the user can adjust the resolution of the count which is shown in Figure 2‑3. 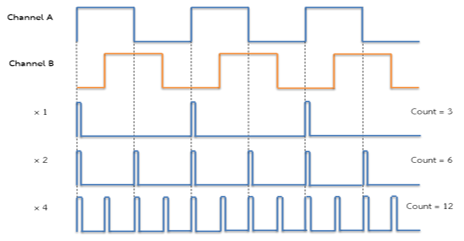 STM32 microcontroller family with a detection module and external signal read signals from encoder software which is the part of timer module. When connected to a signal from the encoder, both Channel A and Channel B to the microcontroller, the counter will count up or down to the rhythm of the received signal. This allows the user to reduce the process of programming. Just set the timer modules per line and then the counter that counts is immediately applied.

In this section, description will be given, how to read values from STM32F4DISCOVERY board with encoder module and timer. All 15 modules that can interface with the encoder has 6 sets of timer 1, 2-5 and 8

This lesson will show how to read values from the STM32F4DISCOVERY board, encoder module with Timer, but all 15 modules that can interface with encoder has 6 sets of Timer 1, 2 – 5 and 8 [2].

2.2 How to use Encoder Read¶

The encoder block is in Simulink library >> Waijung Blockset >> STM32F4 target >> On Peripheral Chip >> TIM and have the following characteristics and properties. 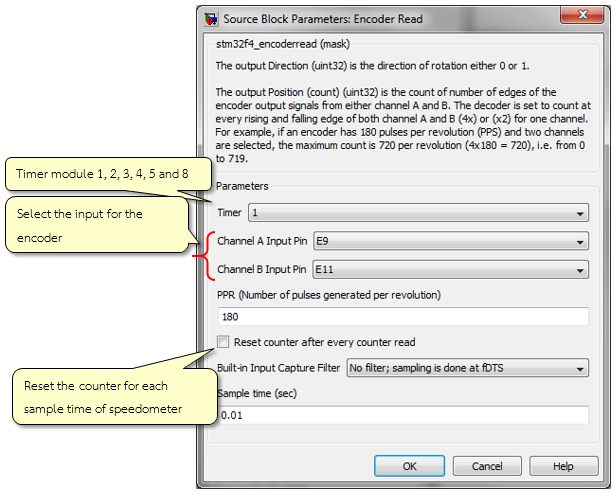 The purpose of Encoder Read Block is the count the signals from the encoder both from Channel A and B. If both channels are selected then the maximum count will be equal to 4 x pulse per revolution (PPS). The output direction is the direction of rotation which is either 0 or 1. If ‘reset counter after every count read’ is selected then the counter will be reset to zero after reading the count.

2.3 Reading the Angle of Rotation of the Motor¶ 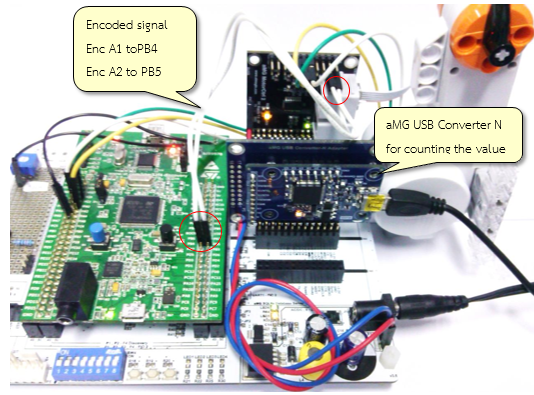 Figure 2-5: Circuit for experimenting with the encoded signal from encoder software

Figure 2‑5 shows devices which are used in this experiment for reading the signals from encoder with same set-up steps as in previous section experiment on speed adjustment but add the signal link, encoder and aMG USB Converter N board for sending position read from encoder through USB.

Figure 2-6: Simulink model for reading the signals from encoder software

Figure 2‑6 shows a Simulink model for this experiment to read signal from the encoder. It contains Subsystem block for controlling the speed of motor with Potentiometer and push button switch as in Figure 1‑8. The value from Encoder Read Block is unsigned 16 bit integer. Figure 2‑7 shows an example of converting read value to signed integer. 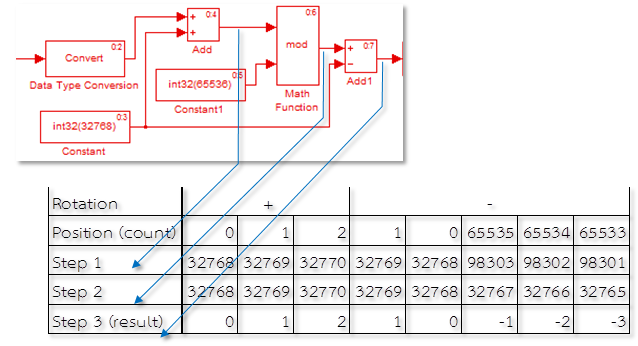 Figure 2-7: Method for converting Encoder Read Block to be a signed integer

Download the model on STM32F4DISCOVERY and then connect the USB cable to the computer and switch on the motor. The reading of the encoder will be displayed in TeraTerm window as shown in Figure 2‑8. 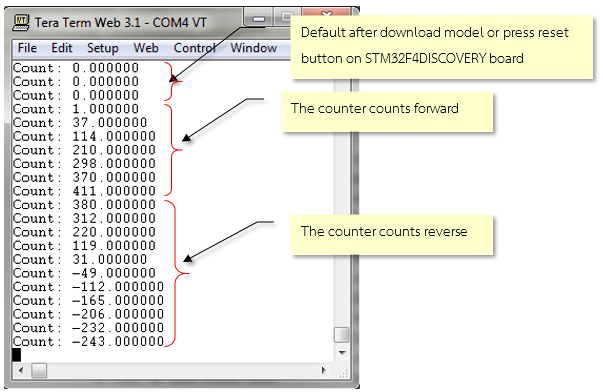 Value is in the unit of count pulses. To change the display unit such as degrees, user need to learn from the manual about the number of channels of the decoder end plate and then gain ratio of the transmission is adjusted accordingly.

For example, rotation of 1 revolution (360 degrees) of the pulse multipled by 4×180 to get 720 pulses per cycle if user wants to get the value in degrees.

To show the value of the unit.

Signal oscilloscope is used to inspect the signal from pin Enc A1 and Enc A2 of aMG MotorCtrl2 board and is shown in Figure 2‑9.

Figure 2-9: Signal from the encoder measured at the oscilloscope